So I’m sitting here late at work, and I just got a phone call from Brittany. She’s a close friend I went to college with, but we don’t keep in touch like we should…so of course seeing her name flash across my screen gets my attention. Turns out that she was calling to inform me that John, another good friend of ours, passed away. He had been diagnosed with Leukemia over a year ago, and was waiting for a bone marrow transplant. He was back in the hospital, but Brittany informed me that one of our clanmembers was driving to go see him (which is a multi-hour trip). While he was on his way there, John called him and told him not to bother…his condition had worsened and he was no longer allowed to have visitors. By the time Chad got home, there was a message for him informing him that John had passed away.

At least that’s what I’ve been told so far. The details are still pretty sketchy.

John was actually the very first person I met at SAU. We were both enrolled in a pre-semester program called Leadership Academy, and he struck up a conversation with me while we were waiting in line at the signup table. Turns out we were in the same group, so we ended up getting a pretty good head start before the actual sessions started. We were inseparable during that week, and never much further apart the rest of the time I was at SAU. And although I didn’t know this until it was too late, he turned out to be the best friend of the guy I dated throughout most of my college years. Ha, and he still didn’t approve of my match! (Gene, if by some rare chance you decide to read this, I’m kidding)

The fondest memories I have of John are from “the cabin.” He and his father kept a little place so far east of Ashdown that we think at times we walked into Oklahoma. It was barely civilized enough to have electricity and may or may not have had running water. Wouldn’t have bothered us if there were neither, because we spent all our time outside next to the fire John kept going, and baths were verboten. Anyone who thought themselves too dirty was invited to take a swim in the creek that was a stone’s throw from the front door. Ah, the weeks we spent there! The most important daily objectives were cooking, followed very closely by drinking. John prided himself in his ability to stay roaringly drunk from the moment he got there until the moment he had to turn his key in the ignition to leave. I never could keep up with the drinking, but my cooking skills kept getting me invited back anyway. =]

John was one of the most countriest country boys I knew…which says a lot in southern Arkansas. For all the times I went with him to Mineral Springs to see his folks, I can’t recall if they kept a farm or not. But John could build anything you’d dream up, and even did side work as a contractor. Before he got sick, he was going to school for an Architecture degree. Farm or no, true southerners have a spirit to them that is simultaneously laid back almost to the point of non-concern, yet they have such an energy and pride about them that always makes the people around them feel taken care of. He’s one of the few people I’ve met in my life who I would say had a heart of gold.

I didn’t know John when he was sick, so these images of him are what I will keep with me forever. I did send him a letter shortly after he went in the hospital, but word got back to me that he didn’t remember who I was, so I didn’t follow up. I was startled at this but not surprised, as I had already moved to California and had been long out of touch. I can forgive such things for one who is struggling to live. I’ve never had anyone my age get seriously ill, so the situation was hard enough for me to deal with as it was. I haven’t decided yet if his failing memory was merciful or a curse that will eventually haunt me.

Rest in peace, John. You will not be forgotten. 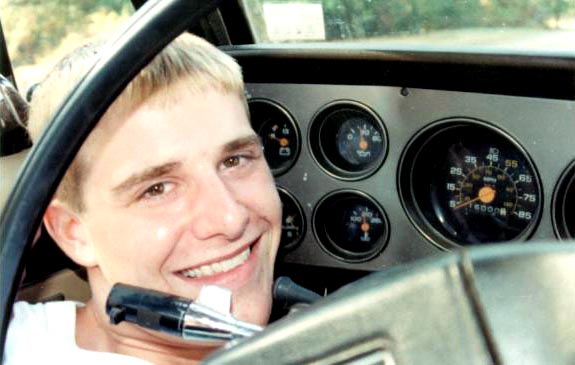 One Reply to “Remembering John”